Adventists Respond to the Call to Care for Refugees 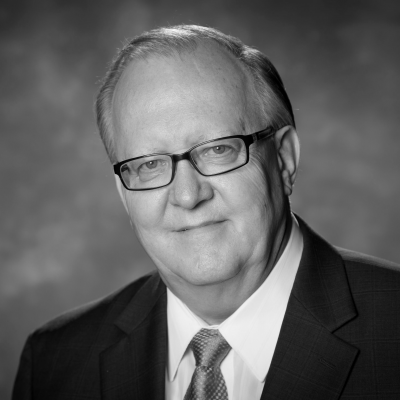 To close the door to refugees cannot be an option.

To “welcome” them by marking them with shame and suspicion is unacceptable.

To incite fear based on prejudice is irresponsible.

As followers of Jesus Christ, we are compelled to welcome ALL who are seeking refuge.

Throughout the Bible God instructs mankind to welcome strangers and treat them as equals–with love, care, and respect. Furthermore, in Matthew 25, Jesus raises the bar and says we should treat strangers much better than ourselves. We are to treat them as we would treat God.

As Christians, we believe God calls upon us to act not just in word but in deed. We are to take care of the least of these. These are the hungry, thirsty, sick, the poor, prisoners, and strangers–refugees. We are to care for them without condition. There simply is no other option.

Historically, the United States, has welcomed strangers looking for a better life unto its shores. I myself am a stranger in your land.

I have come not seeking refuge, but to lead the Seventh-day Adventist Church in North America, which is part of the Christian family of churches.

Our religious community, like this country, is made rich by its diversity. In fact, according to a recent report by the Pew Research Center, the Seventh-day Adventist Church is the most racially and ethnically diverse religious group in the United States.

The Seventh-day Adventist Church is responding and meeting the needs of refugees. The Adventist Development and Relief Agency, the humanitarian arm of the church has collected more than 25 tons of relief supplies in Macedonia for Syrian refugees. Here in the United States, our church has an established ministry that assists refugees seeking a better life for their families. Our Refugee Ministries team is ready to assist Syrian and Iraqi refugees.

I have seen the plight of the displaced first hand. In 2008, my wife and I traveled to Nakuru, Kenya to volunteer in a camp that housed some 16,000 of the nearly 600,000 people displaced internally by the deadly violence that followed disputed elections. We provided assistance to mothers and their newborn babies. We spoke to many who shared stories of fear and spoke of their desperate struggle to survive–people looking for a better life.

During my five years as a guest in this county, I have been made to feel welcome by nearly every American I have encountered. I, however, hail from your neighbor to the north, Canada. I was not seeking refuge or escaping an unstable government, as are many who are fleeing Syria to seek a better life.

We all know that this country was built by immigrants and has always answered the call to take in those who seek refuge, security, and a better life. Emma Lazurus best describes the principle of American hospitality in her poem, New Colossus. Her words are forever memorialized on a plaque inside the pedestal of that symbol of liberty and welcome:

“Give me your tired, your poor,
Your huddled masses yearning to breathe free,
The wretched refuse of your teeming shore.
Send these, the homeless, tempest-tossed, to me:
I lift my lamp beside the golden door.”

Some of the leaders of this country want to close that golden door to refugees from Syria and Iraq who are desperately trying to save their families’ lives. The overheated rhetoric by leaders and presidential candidates is planting seeds of fear.

Some are calling for refuge to be offered to Christians–and not those who are strangers. Others are saying we need to close the door altogether to those from countries and religions they feel may harbor or breed terrorists.

Make no mistake, the Seventh-day Adventist Church in North America unequivocally condemns the terrorist actions of extremists that claimed innocent lives in Paris, Beirut, Iraq, Mali and other places around the world. We mourn with and pray for the families of all the victims of these senseless crimes against humanity.

Resorting to violence in the name of God or Allah is wrong.

But to deny innocent women, children, and men who are fleeing war, hunger, and disease refuge because of fear and prejudice is just as wrong.

This does not mean that the doors are left wide open. This country has the right to defend itself from radical militants who wish to bring terror to its shores. And refugees from Syria and Iraq must already pass through a stringent process to enter this country.

So what has changed?

The families, who seek refuge from war-torn countries in the Middle East, whether they are Christian or Muslim, are children of God created in His image. They are our brothers and sisters and we must provide them refuge without discrimination.

This nation, if it is to follow the principles upon which it was founded, needs to heed the call to not just welcome strangers, but to love them, care for them, and protect them.

We must stop the rhetoric of hate and fear.

We must stop dividing ourselves by who and how we worship.

As but a stranger in your land, I ask that you not close the golden door–the door that offers sanctuary and the possibility of a new life to strangers in far greater need.

President of the North American Division of Seventh-day Adventists